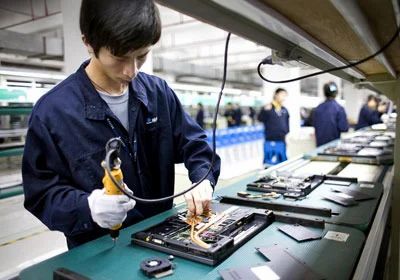 A hybrid Volvo truck recently broke the land speed record for semi trucks. The truck was driven at an average speed of 147 miles per hour over two thirds of a mile. From a standstill it was able to get 95 miles per hour over the same distance. This didn’t only break the record, but made the vehicle the first hybrid truck to do so. Though the shape of the vehicle had fuel efficiency in mind, it still did not compare to the Airflow truck unveiled at this years Mid America Truck Show. The Airflow truck has a hood built from the ground up made of fiberglass and foam. It follows a perfectly aerodynamic design and was able to achieve 13.4 miles per gallon on its inaugural haul, even while facing a strong headwind for a long duration of the trip. The company has stated they plan to continue to improve the design and setup for mass production. The only issue will be getting die-hard fans of the PACCAR brand of trucks to trade some of their style for fuel savings. With the economy putting the squeeze on so many people, I think this might start happening sooner than later.

See also  Are Our Nuclear Waste Sites Safe in the United States - Where Should I Live?

Another big change coming for heavy duty trucks is the addition of the “Teardrop Trailer.” It is a deviation from the standard boxed trailer and allows for as much as a ten percent savings in fuel. It uses a teardrop shape to follow the contour of the top of the tractor cab and push air seamlessly over the entire rig as you drive. They have signed a long term contract with DHL and have gained some popularity in most of northern Europe. It is only a matter of time before they become tax deductible or even mandatory in the United States.

Now I know what you are thinking: this all sounds impossibly expensive! Well, you are correct but there is still hope. You can start making minor changes today and make the major changes once you’ve saved plenty of money on your fuel bill. Good places to start are: trailer skirts, cab wings, and super single tires. All of these are readily available for purchase and tax deductible.