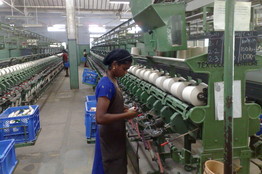 Since retiring six months ago, my husband seems to have suffered from an excess of time. Unlike my good self, he doesn’t seem quite reconciled to the fact that he can now take life at a more leisurely pace, and doesn’t have to fill every second of his day.
As a result he has embarked on a series of “projects” to fill his hours. Firstly, the house was completely redecorated (though in my mind it was perfectly fine as it was), then the car was sorted out (again, not sure what the problem was there but apparently rising portion of mc is supply curve it was terribly important) and now we’re on to the Great Fish Pond Build. Not sure where this one has come from, as my darling spouse has never been that into nature, but I actually think it’s rather a good idea – I always fancied a water feature.
It turns out though that building a pond might not be as simple as you’d first imagine – after all, nothing ever is! The location is actually proving the biggest problem, as we want to put it somewhere we can view it from the house, but it also needs to have lots of sunlight, as well as being near to a power supply for the pond pump. Despite having a large garden, we can’t seem to find the right spot, so I think we’ll have to compromise somewhere. And after that hurdle we’ll still have to decide on dimensions, shape, cost and which fish pond supplies we’ll need – and there’s a big range out there.
I have a feeling this equipment maintenance log app could take a while…

See also  Why You Should Look For Industrial Equipment Reviews