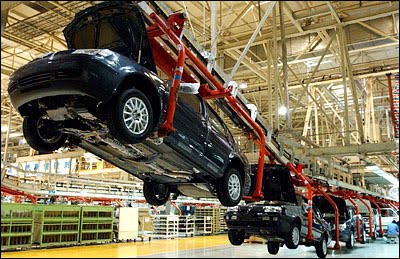 There’s a lot of talk about fossil fuels (oil, coal, natural gas) and whether they should be replaced by renewable energy – energy that won’t run out, for example solar or wind power.

Often, renewable energy is viewed as being favoured only by ‘greenies’, and it is frequently considered to be more expensive and less efficient than energy from fossil fuels.

Let’s look at some of the criticisms of renewable energy.

Solar power and wind energy do not generate as much electricity per dollar spent as electricity from coal.

But they have a different cost structure to electricity from coal.

Coal is mined using the cheapest methods possible (for example, lopping the tops of mountains), without massive concern about cleaning up afterwards, unless it’s mandatory. Then it’s used to generate electricity and the waste products are dumped into the air for free (imposing the costs on others). (That’s quite a subsidy!).

That’s one of the reasons why it’s difficult for renewable energy to compete – it shows all its costs, while fossil fuels don’t always show all of theirs. We’re not comparing apples with apples.

Also, oil originally wasn’t efficient when it was first used. Only research and development, and investment, helped it to become what it is today.

It’s easy to forget that ‘black gold’ (as oil was known) had a very rocky start. It was viewed with great scepticism and suspicion, and people said it couldn’t compete with coal.

It feels as though history is repeating itself with the arguments against renewable energy!

See also  Controlling Your Trailer With a Wind Deflector

The obvious disadvantage of renewable energy is cost. Solar panels on my roof, for example, will take many years before the money us recouped. However, as the cost of fossil fuel electricity continues to rise around the world, this pay back time gets shorter. And once the panels are paid for, then your electricity is free!.

It is well known that fossil fuels receive considerably more money in direct subsidies, tax breaks and other concessions than renewable energy.

Again, this makes it more difficult for renewables to compete.

To put it very simplistically:

It’s not possible to generate solar and wind power everywhere. You need sunlight and you need the wind to blow.

The Problems with Fossil Fuels

Power plants emit huge quantities of pollutants into the air. Drilling for oil and transporting it carries the risk of oil spills. Renewable energy is much cleaner.

The cost of fossil fuel pollution-caused health care is huge – it’s a cost we shouldn’t be paying.

We won’t run out of sunlight (well, not for a few billion years, anyway). We will run out of oil and coal and natural gas. Already oil is more expensive to extract, because the sources of oil that were easy to extract, are mostly finished. New developments such as shale have serious health implications as well as causing massive damage environmentally. So although shale would extend the lifespan of fossil fuels, I don’t believe it’s worth the risk – not while we still have the option of gradually changing to greener, healthier energy sources.

Countries can be – and are – held to ransom by oil producers. Sunlight and wind are free.

Countries need to protect supplies of oil. This is hugely expensive.

The current dependence on oil means “cheap oil – at any cost”. Oil may seem cheaper at first than renewable energy, but when you look at all the hidden costs, and the costs to our own heath and the environment, it’s not as clear cut as it seems.

And supposedly ‘cheap’ oil won’t be much help to us if we continue to damage our own health, and the health of the planet with it.